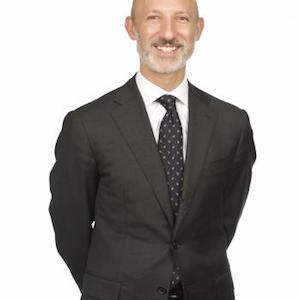 A new company deserves new leadership, and that is exactly what MGM GVC Interactive has done. In a press release by the company, it announced the appointment of Adam Greenblatt as the its CEO.

MGM GVC Interactive was formed in July of this year, a joint venture between MGM Resorts International and GVC Holdings PLC. Together the companies plan to launch the leading sports betting and gaming platform in the industry.  The venture combines the GVC’s leading multi-channel tech with the well-known MGM brand.

About the New CEO

Greenblatt is not new to the venture, having been an integral part of its creation during his tenure as Director of Corporate Development and Strategy for GVC. In addition to his driving the ventures creation, Greenblatt's experience extends into online betting and sports books, which he gained during his employment at Ladbrokes.

Greenblatt has said that he plans to turn the venture into a dynamic company, the most successful in the industry. He has also expressed his excitement at leading the venture at such a historic time in the sports betting sector.

Greenblatt's experience extends far beyond that of just the gambling industry. He is a qualified chartered accountant and has worked at Arthur Anderson and leading bank Rothschild.

The MGM GVC Interactive venture will combine the two companies market-leading brands, technologies, and customer bases. The combined industry knowledge makes this partnership one that could revolutionize the industry.

The companies, who will have a presence in 15 US States, and potentially reach a 90 million strong target audience, made an initial investment of $100 million.

Kenneth Alexander, GVC CEO, and MGM Resorts CEO Jim Murren have expressed how pleased they are at Adams appointment as the new company’s CEO. They believe his international knowledge and expertise along with his determination and vision will establish the business as a leader in the evolving market.

A landmark ruling earlier this year by the US Supreme Court has seen the US sports betting market all but explode. The court found that the federal ban on sports betting was a rights violation. Now individual states may make their own laws around this favourite past time. This has led to numerous states legalizing sports betting, and many more following suit.

MGM GVC Interactive will be focusing the majority of its efforts on the newly expanding US regulated market.