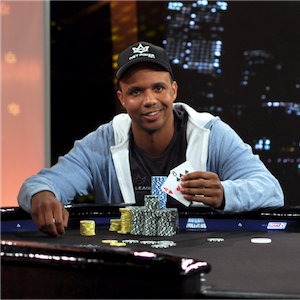 Trying to tread hot water is considerably more unpleasant than treading water at all. Just ask disgraced Poker legend, Phil Ivey. The player, considered to be the best Poker player of his generation, and gambling partner Cheung Yin “Kelly” Sun, scammed Atlantic City’s Borgata Casino out of an estimated $10 million. The scam was performed over the course of 4 days back in 2012 and the casino claims that Ivey and Sun were guilty of having cheated the casino by employing a method commonly referred to as “edge sorting” whilst playing Baccarat.

The Court initially ruled that the Borgata was permitted to attach all New Jersey assets belonging to Ivey in an attempt to recoup some of the financial loss, but after a long and diligent investigation into the player’s affairs, it was discovered that he had but a single bank account registered in his name in the state, and that worst of all, it was empty.

On 29 January, a New Jersey federal judge allegedly ruled in favour of the casino in that it would be permitted to widen the hunt for assets belonging to Ivey, and also to do so across state lines.

It Was A Pre-Meditated Crime

Edge sorting involves a keen eye for detail on the part of the player. The player typically gains an unfair advantage over the house by taking note of small irregularities and asymmetries on the playing cards. Keeping at this for long enough will allow the trained eye to “know” what the value of a concealed card is, judging by the specific card’s hidden characteristics.

The method is very much one that is studied beforehand, as different brands of playing cards also feature in the equation; with each brand presenting with its own unique set of tell-tale give-aways. Knowing what to look for is the key when deciding to edge-sort.

Ivey and his mate denied all accusations, but were eventually denied any further leave to appeal the Court’s decision that the pair had in fact adjusted the odds of the game by conning the dealers into rotating the cards so that they could catch a better glimpse of the cards in play at any given time.

They achieved this cunning feat by having lied to the dealers about the reason behind their odd request. According to Ivey and Sun, rotating the cards was all part of their own quirky superstitions. Judge Noel Hillman eventually ruled in favour of the Borgata on the premise that even though the wrong-doers had not physically tamper with the cards, they did wilfully try to trick the casino by cheating and lying. The fact that they obviously knew exactly what they were doing, and did so with wilful intent, did not do their plea any favours.