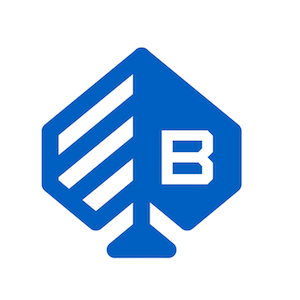 The Bragg Gaming Group has announced a first quarter net loss to the tune of €5.7 million. This loss for the casino solutions provider is despite a revenue growth of 44% for the quarter when compared to the first three months of the previous year. Revenue for the period ending on the 31st of March 2020 sat at €8.8, million which is up on the €6.1 million netted in the first quarter of 2019.

Ups and Downs of the Industry

The Bragg Gaming Group says that the revenue growth they have experienced this year is primarily due to their expanding player base through the addition of new casino clients which includes SkillOnNet, Admiral Group and Lottoland. With a spend for the quarter up 10% to €4.1 million the gross profit for the first three months of the year sits at €4.0 million, which is up 38% from 2019’s figure of €2.9 million. Bragg Gaming Group said the increased spend was primarily due to an increase in salaries and payments to subcontractors, which rose by 35%, as the brand looks to enhance its software and product development as well as improve its analytics functions.

This ongoing investment in technological innovation likely contributed to an increase in revenue, as did the launch of the acquired Oryx Hub platform. However due to remeasurement of deferred and contingent consideration due to the purchase or Oryx Gaming, additional costs of €5.0 million were incurred by Bragg, leading to a net loss of €5.7 million. This is a significant increase on quarter one from 2019 when a net loss of €2.0 million was recorded.

Looking forward, the Toronto-listed supplier Bragg Gaming Group says that the second quarter figures look good, with a year on year revenue increase of 30% expected. As a result, the casino group says that it is still looking at a 43% year-on-year increase in revenue with annual revenue figures expected to sit somewhere between €35 million and €38 million with EBITDA expected to between €5.2 million and €5.6 million, compared to 2019’s figure of €1.2 million.

Bragg says that the strong growth is due to the brand’s focus on revenue diversification with the introduction of a range of new features and functionality, as well as the success of many of their new casino operators.

The company is now focusing on expanding its presence in the United States iGaming industry as it builds on partnerships with Kambi and Seneca gaming companies.