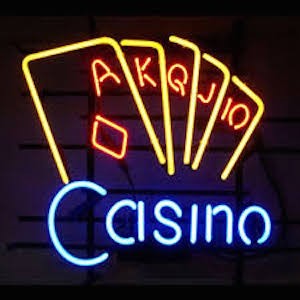 Canadian based company Easton Pharmaceuticals has confirmed that it has entered into agreement that sees it invested in the development of a new casino and resort in Europe. This will be the second casino the company will be involved with.

As yet, the company has released no details about whom the partnership is with, or where the casino will be established. However, Easton Pharmaceuticals CEO Evan Karras has confirmed the following. Negotiations about the company’s exact involvement should be finalized within the next 30 days and additional information will then be released to the public. Easton’s involvement plans to include the development, management, and financing of the project. This is only one of several ventures into global gaming the company is entering.

The casino and hotel will be aimed at the high roller market. The riverfront site has already been selected, says Karras and he is excited to be involved in such an opportunity.

The project is said to consist of a 500+ roomed hotel, 5 restaurants, a convention centre, shopping mall, clubs, and spas. The casino will offer players over 1000 slot machines to choose from as well as 50 table games.

Easton Pharmaceuticals global expansion into gaming, hospitality and real estate is all part of its new growth strategy. The diversification means that the company is a pharmaceutical business in name only.

Easton’s focus has traditionally been on women’s health and the growing cannabis sector in Canada. The company holds various FDA approved drugs, the most promising being a new gel-based drug delivery system. This is currently being used in the treatment of cancers but shows potential in other areas of medical advancement.

The company strives to lead the way in female diagnostic healthcare and treatment. In addition, they plan to capitalize on the medical marijuana market to deliver its medical benefits to men and women across the globe.

The casino and resort project is expected to bring in an estimated 77 million Euro per annum in revenue. In addition, the company has exclusive distribution rights in partnership with BMC Medica SA de C.V for Mexico and Latin America. They supply the Common Sense line of products from Israel. They also distribute two cancer prescriptions from BioLyse Pharma, Paclitaxel and Docetaxel, and have just finalized agreements with the Alliance property group. This will include the cultivation of medical and recreational marijuana for Canada.

With the expected revenue from the casino resort and the company’s exclusive distribution rights, shareholders are sure to be smiling all the way to the bank.