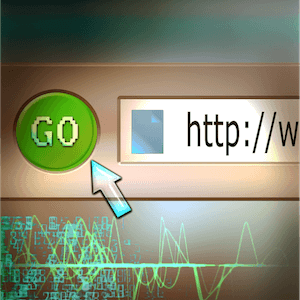 A recent Canadian Federal Court ruling against Gold TV could impact domain blocking across the country. A wide scope of businesses, including online and land-based casinos, could be affected by this. Loto-Quebec has already sought to benefit from such a block last year, in 2018 when it was unable to do so, and in light of the new ruling it may try again.

Justice Patrick Gleeson found that internet service providers, or ISPs, must block sites associated with Gold TV, which has been offering streaming channels to Canadian players when it doesn’t hold a licence to do so. These findings come after local ISPs Group TVA, Rogers Media and Bell Media filed a joint complaint against the service.

The ruling is the first of its kind in Canada, and says that providers now have 15 days in which to block IP addresses, domains and subdomains associated with Gold TV. The ban is expected to affect a wide network of linked sites, and as it develops it may involve more sites and incur greater costs.

Canada’s larger ISPs, which allow casinos, TV shows and other content to be enjoyed online at high level of quality, filed and supported the complaint. They are satisfied with Judge Gleeson’s decision, feeling it will ensure fair development conditions in a competitive field.

The only notable exception is Teksavvy, which stated earlier that further domain blocking could escalate to thousands of domains being banned on the whims of ISPs. As well as this concern, Teksavvy claimed that federal legislators haven’t dealt with domain-banning language before and are thus perhaps not the right officials for the job at hand.

Teksavvy also referred to Loto-Quebec’s situation concerning banning, similar to the current issue, in 2018. At that time, the provincial Crown Corporation sought the prohibition of domains specifically to facilitate the successful operation of Espacejeux.com with the proposed Bill 74.

As Teksavvy pointed out, at that time Quebec’s Superior Court found that Bill 74’s provisions were unconstitutional and would not be considered. Since the government was able to see the corporation’s intentions then and ruled to ensure a diverse and regulated market, argues Teksavvy, the Federal Court should do the same thing in the 2019 Gold TV case. Otherwise, they say, a dangerous precedent could be set.