$1 Million Worth of Jewels Stolen in Casino Heist 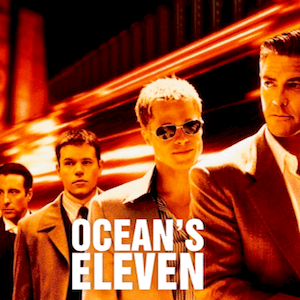 The owner of Ocean Resort Casino has fallen victim to what has been called a real-life heist. The thieves managed to make off with a significant amount of the owner’s wife’s jewellery in true Oceans Eleven style.

The Investigation is On Going

Bruce Deifik and his wife usually stay in the resorts Penthouse when they are in town. Sources have reported that someone entered the Penthouse and stole almost $1 million of Mrs. Deifiks jewellery. No witnesses have come forward and in an interesting twist, no one was caught on camera.

The police are investigating a case of theft, which is on going. Despite the finesse with which the theft was pulled off, Deifik himself has commented that the robbery is not newsworthy, but would say nothing further.

This is not the first theft to occur at the Ocean Resort Casino. The resort has received several bad online reviews from customers who claim they were the victims in the past. None of course though to the tune of $1 million, which is why they have not made the news. Complaints range from wallets being nabbed out of handbags, to room safes being raided.

Modern technology has made robbing a casino near impossible with the strict security protocols and 24/7 surveillance. That has not stopped thieves from trying and in some cases getting away with the money, however, not undetected.

Two notable stories are those of Bill Brennan and Anthony Carleo.

Bill Brennan who worked at the Stardust for five years was a dependable and trusted cashier. One day Bill greeted his colleagues on his way out the door for the day like he always did. However, on this day the cashier had helped himself to $500000 and casually strolled out of his day job and into thin air. He is yet to be found and arrested.

Anthony Carleo was not as lucky or as clever. Known as the Bellagio Bandit, Carleo robbed one of the Bellagio high-stakes craps tables at gunpoint and made off with $1.5 million in chips. The Bandit returned to the Bellagio where he spent his hoard enjoying all the VIP treatment the casino lavishes on its high rollers. He was eventually arrested and sentenced to 16 years in prison.

Whether the jewel thief from the Ocean Resort Casino will ever be caught remains to be seen, but many are comparing the heist to the one pulled off in the smash Brad Pitt/George Clooney movie, or more recently in Oceans 8, where a group of women perform a similar daring feat. The fact that the venue involved is named Ocean Resort has also not been missed!