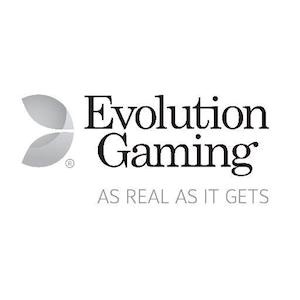 Evolution Gaming has said that the recent ongoing mass migration from betting on sports to playing live casino games is behind its superb 45% Q1 year-on-year increase. The live casino specialists reported a super $124.2 million and revenue for the first 3 months of the current year. Evolution Gaming has been putting up quite the show in terms of new live casino games and the company has credited in global surge in interest in its products as major driver of revenue.

But the brand has been doing way more than merely riding the current online gaming wave. They have consistently added new titles to their portfolio too, with Mega Ball being the latest. Plus, the company last year alone concluded deals with some of the world’s leading casino operators, including Paddy Power Betfair, Penn National Gaming, Parx Casino and Flutter Entertainment (soon to be merged with The Stars Group). Its massive growth and revenue hike are clearly not due to circumstance alone.

Challenges Are A Given

And this is exactly the opinion of Evolution Gaming Chief Executive Officer Martin Carlesund. But, warned a level-headed Carlesund, there remain definite challenges to be navigated with great care and caution yet. Government safety guidelines have determined that many of Evolution Gaming’s live casino studios are now forced to operate at a reduced capacity in terms of table-count, due to space restrictions. This means less tables can be in action, and less games run at the same time.

What’s more, the limitations have caused the company’s Georgia and Spain studios to implement intermittent downtimes. The current economic climate has even brought about a forced postponement of the official opening of its new Pennsylvania studio. Carlesund however confirmed that the plan is to open the new studio before the current year is out.

The sky certainly appears to be the limit for this casino software brand, irrespective of how you look at it all. Progress and pushing ever forward remain key points of action and it’s this relentless drive to grow and to succeed that makes success a done deal and a guarantee that can be safely banked on.