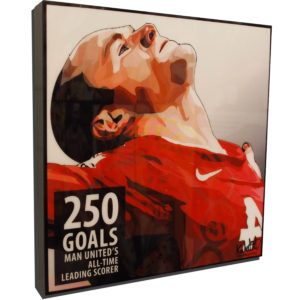 Betting and gambling is the type of entertainment that is enjoyed by a great number of people, and it is not limited to those of a certain social status or income level. Politicians play, managers are meeting the challenges of 21 and more, office workers are upping the ante in Poker games as they wish to, and well-known sportsmen, particularly footballers, are no strangers to the world of casino fun.

Football is actually a game that has a lot in common with gambling and betting if you consider the atmosphere; being on the football field and trying to score a goal must give players an incredible rush of adrenaline. The very same thing can be said about a good gambling experience!

According to statistics, as many as half of the English national football team has visited an Internet gambling site. Apparently the players enjoy spinning the reels of various slots games, but there are a few card game fans as well.

A good example of an English professional footballer who has enjoyed a winning streak while online gambling is Wayne Rooney, who managed to win £70 000 during one of his sessions! Rooney apparently enjoys spinning the Roulette wheel and making his way to 21 with online Blackjack games, and although he has incurred losses whilst enjoying games of luck, he has also managed to win big on more than 1 occasion.

After finishing an extraordinary career as a midfielder in teams as renowned as Real Madrid and Milan, David Beckham started enjoying a variety of great gambling games. He is, according to reports, known to be spending significant periods of time in some of the biggest and best casinos in Las Vegas -and he doesn’t bet small!

But Beckham does not limit his involvement in gambling to just trying to get an edge on the house -he’s making moves to become the house, too. Rumours are swirling that he has signed a contract with various casino owners who have property in Singapore and Macau.

Having David Beckham advertise your product is always a good idea, and that is the role he is playing for the casinos he is partnering up with. In order to boost advertising, the former player even arranged to meet with his fans in several casinos belonging to Las Vegas Sands. From the investors’ perspective it’s a win/win, and David Beckham will no doubt be making some money out of the arrangement as well.

Some Players Take it Too Far

Many famous footballers have a passion for gambling games and betting, and the vast majority of these are British. Arsenal’s Paul Merson unfortunately took things too far, and lost a vast sum of money playing casino games in a foolhardy fashion. Card games amongst the players themselves are also not uncommon, and, very recently, Michael Owen, forward for Man United, lost a game to an unnamed West Ham midfielder - to the tune of £30 000!

Coaches are not exempt from the love of this pastime either, and, in 1975, Bert Van Marwijk, who currently coaches Australia, became a Klaverjas champion. Klaverjas is a trick-taking card game of unknown origin particularly popular in Holland.

With the kinds of salaries these players earn, it should come as no surprise that they frequently make big bets, and sometimes lose. Nobody wins all the time! But by and large, the players who enjoy a game of chance every so often do so responsibly, as the rest of us do.