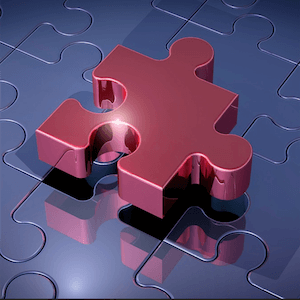 GTWY Holdings, the parent company of Gateway Casinos and Entertainment, and Leisure Acquisition Corporation have announced the signing of a new casino deal for a business combination merger. Under the deal, Leisure will merge into a wholly owned subsidiary of GTWY in an agreement worth a whopping US$1.1bn.

On behalf of its affiliates, HG Vora Capital Management has supported the deal with a $30m equity commitment. The company has committed well over $100m to the agreement in total, including capital that was previously invested.

Canadian casino firm Gateway has also confirmed that when the transaction is completed, the current Director of Leisure Marc J. Falcone will be named President and CEO of Gateway. Gateway’s current Chief Executive Tony Santo will be retiring from the firm, but will continue to advise the board of directors and Falcone for 3 months following his retirement.

Operating 25 properties across Ontario and British Columbia, Gateway has significantly increased its footprint while expanding and diversifying its product offerings. These offerings now include popular proprietary gambling and dining brands, which compliment Gateway’s reputation for running the best casinos in Canada. The company has also increased its number of new casinos by more than 100% - from 10 locations in 2015 to 25 in 2020.

Managing Director and Partner of Catalyst and Executive Chairman of Gateway Gabriel de Alba has noted that Gateway has used its strong corporate and property operating teams and top operating model to build fantastic momentum. He also added that the company has built a solid foundation for its own continuous growth.

De Alba added that he is proud of his team and their accomplishments over the past 6 years, which have included doubling Gateway’s number of casino locations, increasing its slot machines threefold, increasing its table games by over double, and adding 56 new F&B outlets across the 2 Canadian provinces in which it operates.

He said that the execution of the firm’s short and long-term strategies has created great value and returns for its shareholders over the years. De Alba expressed his gratitude to Tony Santo for his leadership and his crucial role to the company as it moves forward into a new decade.

The Managing Director further added that as his firm seeks to carry out its many growth initiatives, it is excited to be teaming up with Leisure and appreciates HG Vora’s investments and confidence in Gateway’s future. He welcomed Marc to Gateway, and says that he looks forward to his leadership as the casino firm’s newest CEO.