Gateway Casinos Get Ready for a Makeover 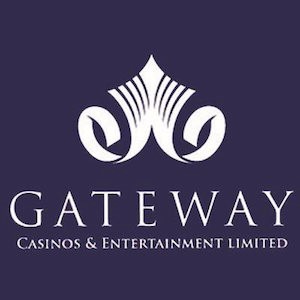 The Ontario Lottery and Gaming Corporation recently selected Gateway Casinos to manage casino venues as a part of what is being termed a Central Gaming Bundle. The deal amounted to roughly CA$90 million.

The Bundle is made up of a place previously known as OLG Slots, the Georgian Downs Casino Rama Resort, as well as the license for future gambling operations at Wasaga Beach. The latter permit is awaiting the official decision of the region’s regulators.

Details on the 3 Venues

OLG Slots, in Innisfil, Ontario, is a highly sought-after location thanks to the 950 slots machines it has available at the site, in addition to a range of electronic table games. Over the course of the last few months, there have been significant improvements and renovations at this venue, too. The first phase saw as many as 26 new table games being introduced, providing a total of 100 new work positions to be filled. The casino venue further saw a brand-new sign being installed directly above its main entrance, reflecting the rebranding of the site to Gateway Casinos Innisfil.

The Casino Rama Resort is the second locale in the Central Gaming Bundle, and this gaming hotspot is situated on the Chippewas of Rama First Nation Lands nearby Orillia, Ontario. It has a relatively complicated subleasing arrangement being implemented, with it being sublet by the Ontario Lottery and Gaming Corporation to Gateway Casinos as a gambling property. This convolution could see a sluggish process resulting whenever any kind of requirement for change arises in the future.

The future casino venue in Wasaga Beach makes up the third and final gaming aspect of this bundle, and it is set to provide the district with as many as 400 new permanent employee positions. The venue received the green light in October 2018, and is going to feature around 300 slot machine games, along with 120 gaming seats, and will look to cater to individuals near and far thanks to a selection of premium offerings. Wasaga Beach Mayor Brian Smith was the first to reveal that the project had been confirmed to start moving ahead. Previous information has revealed that there are 5 possible locations for the Wasaga Beach venue being considered.

This year looks likely to herald a range of developments for the casino venues making up the Central Gaming Bundle, and the field is ready for it!