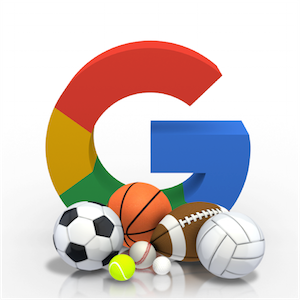 Up until now, Google Ads has had stringent policies in place when it comes to gambling advertising. However, in its most recent update to its Gambling and Games Advertising Policies in May this year, Google has confirmed that it will, from June, allow New Jersey-based sportsbooks to advertise on the Play Store, utilizing the Google Ads tool, arguably the most powerful online advertising engine in the world.

After Apple got strict with all gambling-related applications and announced their new policy that restricted any non-native gambling apps from being hosted on the App Store, Google must have seen the gap.

Apple is choosing to restrict any apps that were not developed specifically for the Apple operating system.  So Google has jumped in with a Google Ads update for the state of New Jersey’s gaming industry, which has welcomed the loosening of its restrictions for the Garden State.

This is a total reversal of Google’s previous decisions, narrowing down the presence of gambling apps in the Google Play Store, and expunging thousands of apps from the Play Store in the past. Needless to say, numerous high-level executives have met the news with great enthusiasm.

New Jersey is the second US State that has passed gambling legislation, allowing its residents to access and place sports bets. This legislation was hard won, by fighting the issue themselves in the Supreme Court. The State has been granting online gambling licences to bookmakers since 2017, and many bookmakers have released their own online Sportsbooks. The majority of them have released sports betting apps that use real money, too. These apps give customers full access to their gaming accounts, allowing them to place bets wherever they are in the State.

Naturally, geographic restrictions do apply. Only sportsbook customers that are physically In the State of New Jersey at the time, are legally allowed to access and download any of the real money betting apps.