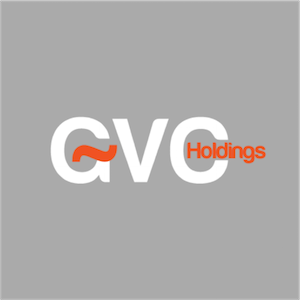 GVC Holdings is getting its affairs in order. The beginning of a new year is always a favourite time for companies to clean house and reshuffle especially management positions in order to get the best possible results from its human resources. When looking at the changes that GVC is affecting, the reshuffle appears to be just that.

The announcement of a management re-structure comes short on the heels of the group having announced that it had out-performed all expectations in connection with its online gaming revenue for 2018. Online revenue income for 2018 was up by a massive 19% when compared year on year.

A Focus On General Trade

Most of the changes that have been paid, relates to senior management positions and roles. Nick Batram, Tom Ritzema and Paul Tymms will all soon settle into brand-new positions within the company’s most experienced structure.

Tom Ritzema’s re-positioning is perhaps of the more notable of the changes. Ritzema will be replacing Jim Humberstone as Group Trading Director. Humberstone has not been re-positioned as he is being replaced due to his having resigned from the company. Ritzema is most probably the best replacement available, as he has more than 18 years worth of experience in bookmaking and trading under his belt.

Ritzema joined the company back in 2013, when GVC, the parent company of the Ladbrokes Coral Group, had acquired Sportingbet. Ever since, Ritzema has been a solid member of the GVC team, and had gone on to serve as Humberstone’s deputy. He is experienced and well kitted out for his new job.

On The Financial Side

Nick Batram moves into the position of Group Director of Corporate Strategy and Development. His focus will be on Mergers and Acquisitions, as well as the bigger picture in terms of group strategy and direction.

Batram has more than 30 years’ of experience in City-related finance, and is a strong leader from a managerial point of view. Batram joined the GVC team back in 2016, and has been serving as Director of Investor Relations and External Communications ever since.