Inventions for Our High-Tech Future

The world is changing fast and while there is a lot that’s concerning about the future, the way humans are trying to deal with problems is encouraging and inspiring. You can’t stop progress, and we’ve listed five inventions that show why you wouldn’t want to.

Elon Musk’s strange behaviour at Tesla has been in the news lately, but don’t forget that he is also the visionary behind SpaceX. He says he founded the company and has funnelled so much of his personal fortune into it because becoming an interplanetary species is the human race’s only hope of survival.

Musk also explains that he made so much money primarily to work on this endeavour, and that he believes there could be a population of 1 million people on the Red Plant by 2062. The elements are quite similar to what is on Earth, so with a little tweaking the billionaire feels humans could live there quite easily. And the gravity on Mars is 37% of that on Earth, so you’d be able to bound around and express your delight at being there. 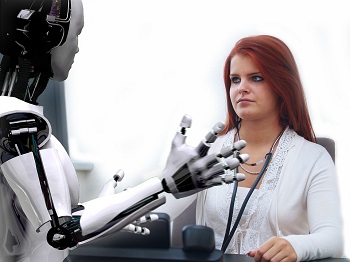 Imagine if you could train an android to do all your housework for you, while you relaxed and enjoyed all your favourite online casino games. A lot of us already use Roombas to take care of the vacuuming, so why not take it further? Many companies have been working on developing robotics, and San Francisco-based Aeolus has created one that can mop, move furniture, tidy and bring drinks. All while looking uncannily like Rosie, the robot maid from the Jetsons.

Meanwhile, at the Massachusetts Institute of Technology, the Computer Science and Artificial Intelligence Laboratory has created programmes to teach androids how to perform chores. In the future, they’ll even be able to learn new things by watching YouTube instructional videos – you know, the way we do now. This could free up a lot of time for us to do other things, and could be especially helpful for the elderly.

The idea of airborne automobiles has been on a lot of peoples’ lips for a while, and we seem to be very close to this becoming a reality. There’s still a long way to go, but technically it is already possible to use a personal flying machine to get to work.

Uber is trying to make it possible to take taxis in this way, while start-ups like Passenger Drone and Opener are working towards creating small crafts that you could keep in your garage at home. And Aston Martin’s hybrid-electric Volante Vision should appeal to anyone who wants to channel their inner James Bond.

Predictions from the United Nations say that the human population is set to hit 9.6 billion by 2050. As well as Musk’s efforts to deal with this by getting us to Mars, our food production here on Earth needs to increase considerably. Since 80% of us are expected to be living in cities by that time, most of it will have to be brought in to urban areas.

Rather than looking for more arable land, a company in Barcelona is suggesting moving farms to bodies of water. Though still in their conceptual phase, and dealing with a fair amount of scepticism, Smart Floating Farms would be totally self-sustaining, space saving and organic. Ultimately, the plan is to bring reliable food supplies to dense cities.

Food That is 3D Printed

Another solution to food shortage problems could be to just print it ourselves. Printing in 3D has taken so many other areas by storm, and now it seems like we could meet the nutritional needs of individuals, and store foods, a lot more easily.

More research is needed, but this could solve health and hunger issues, and even create new innovations in cuisine. If we are able to print organs, after all, why not fast food that is actually good for us?