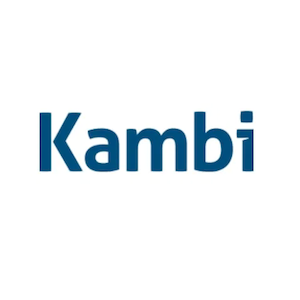 B2B sports betting and casino software provider Kambi Group says it’s exceptionally satisfied with the way in which it has managed to navigate the knock-on effects of the global health crisis. The group is now more focused on US expansion than ever before.

Kambi recently published its report for Q2, and in its report placed a lot of emphasis on the tenacious grit with which it managed to survive – and certainly continues to survive – the ongoing financial storm.

With that having been said, and since the majority of sports books served by Kambi are retail at-casino books – all of which have obviously been closed until very recently – Kambi unfortunately took quite the hit on the revenue front. The group posted a decline well in excess of $7 million – this comparing this year’s Q2 to last year’s Q2. In 2019 they posted Q2-revenue totalling $25 million – with this year’s second quarter only just having made it clear of the $17.2 million-mark.

EBITDA naturally saw a resulting decline too, coming it at a negative $3.9 million vs. last year’s $2.9 million in the black for the second quarter of 2019.

Not Great – But Still Good

CEO Kristian Nylen has however expressed pride at how Kambi has managed to keep its head above water despite harrowing and unprecedented times and circumstances. Nylen described the second quarter of the year has having been a truly trying time for everyone in the casino and sports betting sector. He said that what made him most proud to be part of the Kambi Group was the brand’s absolute resilience and solid underlying strength.

He did however add that the latest report posted by the group wasn’t quite as solid as what he would have hoped for when initially planning and projecting 2020. But, said Nylen, the figures, though obviously somewhat disappointing, do reflect the type of business capable of delivering even when faced with particularly tough and challenging circumstances, strong headwinds, and a great deal of potentially crippling uncertainty.

Not All Bad News

Given that not only are Kambi’s services focused on sportsbooks offered by land-based casinos, but also that all major sports events for the year were eventually cancelled or postponed, Kambi did indeed show itself to be made of solid stuff.

Kambi did however prove successful at having taken the first legal online bets in two separate US states, being Colorado and Illinois.