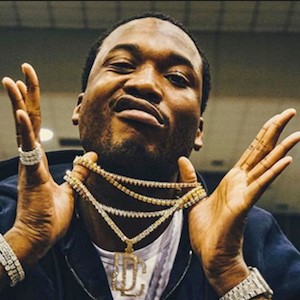 Social media has been abuzz lately with allegations of racism after a major Las Vegas hotel and casino denied entry to a prominent black rapper. According to reports, Meek Mill was denied entry to the Cosmopolitan after he and two members of his security team arrived at the casino to attend a DJ Mustard concert.

Turned Away At The Door

Before he could get in the door, the rapper, who’s real name is Robert Rihmeek Williams, was stopped by security staff and denied entry. The hotel’s security staff said that at the time, and with the information they had, the hotel and casino was refusing to do business with Mill. Security staff reiterated that they had the right to deny entry, and turned the rapper away. A mobile phone video shows Mill then pressing the staff for information on what prompted the decision. Mill claims that he had only ever been to the Cosmopolitan once before in 2014, for a Jay-Z event.

According to the casino, Mill was denied entrance to the property because of a fight he was involved in on the property previously. Mill’s attorney emphatically denies these claims, and cites other reasons for his ban. After been given the cold shoulder, Mill turned to social media to vent his frustration. The rapper said in an Instagram post that the Cosmopolitan is now going to extreme racist measures to keep black people and entertainers from entering the property.

A day later the post had received over 1.5 million views and over a quarter a million likes. The post also prompted over 13 000 comments from concerned followers. Mill went on to say that this type of thing happened a lot to black entertainers, and not just him. He said that casinos have many tactics to keep the black level down, but they do love taking their money.

Meek Mill’s lawyer, Joe Tacopina has reportedly learned from an inside source that a whole group of Las Vegas casinos collude to actively deny entry to black recording artists, although he did not mention the names of these alleged establishments. Tacopina has now sent off a letter to the Cosmopolitan saying that racial discrimination violates federal and state laws.

This kind of incident could mean significant monetary damages for the casino operator. While the venue denies these allegations, there may be some truth of racism in the sector. Last year, Canadian hip hop singer Drake openly accused Parq Vancouver of racial profiling when he was denied entry onto the property, and an ensuing storm followed these allegations too.