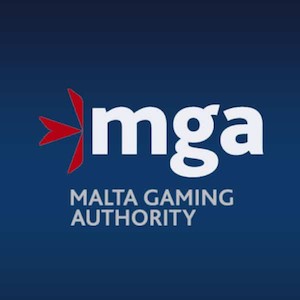 The gaming industry in 2019 alone contributed a smashing €1.56 billion to Malta’s economy. This is according to the latest annual revenue and performance report released by the Malta Gaming Authority (MGA). The reported casino revenue marks a 9.6% year-on-year improvement when compared to the previous year, being revenue reported for 2018.

The MGA also proved superbly efficient on the compliance and regulatory front. According to chief executive Heathcliff Farrugia, 2019 represents a year of not only a massive growth in revenue contributions made to the local economy, but also a year that witnessed the world’s leading casino authority ramping up its efforts in terms of compliance and law enforcement. Last year, reveals the report, saw a total of 14 licences cancelled and 11 more suspended.

An Ongoing Show Of Commitment

The national gaming authority released the abovementioned figures as part of its Annual Report and Financial Statements for the year ending 31 December 2019. The MGA is as committed now to upholding the provisions of Malta’s Gaming Act as ever before and has to this end, considerably stepped up its crime-fighting efforts.

Apart from the licences that were cancelled and suspended, the casino regulator also issued 20 formal warnings as well as 89 official notices of breach. The regulator also proved effective at collecting on 23 administrative penalty fines imposed throughout the course of 2019.

How Each Category Performed

As far as revenue generators go, Type 1 games were responsible for the bulk of the income raised. Type 1 games are typical player-versus-the-house style casino games. Type 1 games in 2019 generated an impressive 56.0% of total revenue reported – a figure that also happens to mark a year-on-year improvement of 1.4% when compared to 2018’s figure of 55.4%.

Type 2 games, i.e. sports betting, generated 36.3% of the total revenue purse. This however marks a slight year-on-year decline when compared with the 39.0% reported for the previous year.

Type 3 games, which are player-vs-player games (for e.g. Poker), were responsible for 7.7% of the revenue generated in 2019.

The MGA has shown itself exceptionally successful in the waging of a war on non-compliance and illegal casino operator behaviour at home, as well as on the international front.  Not only has it continuously worked right alongside the Malta Police Force in an effort to pool resources, but it also stepped up its partnership and networking efforts on a global and international scale.