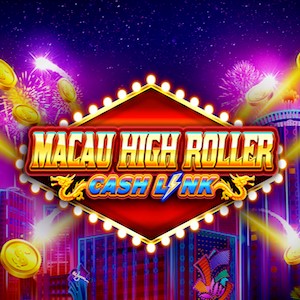 The Macau region certainly has a reputation for being a favourite of high rollers. This concept, plus a love for innovation, motivated iGaming developer iSoftBet to create the Macau High Roller slot. The new title has been designed, from the ground up, to give the player a taste of what it’s like to access the VIP rooms in Macau’s most luxurious establishments. Though it isn’t just the graphics and theme that are impressive, of course, with the gameplay also having a few unique twists of its own.

As far as the United Kingdom based iSoftBet are concerned, Macau High Roller is just the latest in a long line of successful slots. The studio has been going from strength to strength lately, with this latest release being just another high quality title that is solidifying the company’s already solid reputation.

Taking a closer look at gameplay, the 3 reel, 5 row Macau High Roller is focused on a new instant cash payout system. During the base game the Macau Money Spin may trigger randomly at any time, during which the Cash Chip symbols are instantly exchanged for a quick, upfront payout. It is an interesting idea, and one that will certainly make players feel like the money never stops coming.

This novel idea is taken to new heights during the Bonus round, where Chip Symbols are instantly exchanged for additional Free Spins.

But the action really gets going when a slots player makes the decission to enter the risky, but extremely rewarding High Roller mode. In a High Roller sequence every bet costs 20 times that of the base game, which can be rather jarring. However, payouts are also 20 times more lucrative, creating an intense, nail biting experience that really lives up to the title’s name.

Mark Claxton, head of game at iSoftBet, was eager to elaborate on Macau High Roller. He explained that the base game, plus the High Roller mode, were referred to as a Two Ways to Play system, something not commonly seen in the slot world. In relation to the title itself, he pointed out, the intention was to give players a sensation of jumping into a fast paced new world, where risk and reward were instantly amplified, simulating a brief taste of what it’s like in the life of a high roller’s.

He went on to declare that with Macau High Roller now finally released, he was keen on learning not only what partners felt about the slot, but how players at large felt about the Two Ways to Play experiment.