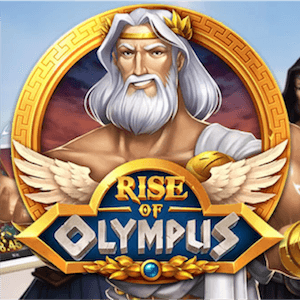 Popular Swedish-based development house Play’n GO has announced the launch of a brand new online slot, Rise of Olympus. The title is quite telling of the fact that the game is based on one of the most popular themes of all time, and indeed one that players of slots are very fond of: Greek mythology.

The new release follows the cascading grid model, a style that we have come to associate with this specific developer and one that is exceptionally popular among players at that. At first glance it already becomes apparent that a lot thought had gone into the development of the central theme, and the characters are detailed to the extent that they appear to have been hand-crafted and incorporated into the game’s setting after the fact.

Play’n GO’S Chief Executive Officer, Johan Tornqvist, elaborated on the fine detail that has been incorporated into the design of the characters appearing on the reels. It seems that this was no happy or creative accident, but that the software artists had elected to go the high-detail route quite on purpose. Tornqvist explained that lovers of Greek mythology are generally those who appreciate detail to the point of realism, and that by having incorporated this special element into the game; the developers have sought to satisfy a very specific player need.

The chief in charge said that he believed that the element of realistic detail, more than anything is, is what is going to pique players’ interests this time around. It’s quite obvious that this is one theme that wasn’t merely approached off the cuff.

Bringing A Theme To Life

Tornqvist went on to provide some insight into the character creation process. He explained that the real challenge was the fact that the Greek gods were already so familiar a concept to just about everyone, that it was important to depict them in a way that was not only new and refreshing, but at the same time, to create them in such a way that they were still familiar and reminiscent of all that human kind has come to associate with the concept of mythology.

He concluded by saying that ultimately, he believed that the creative team had done the theme justice and had indeed performed excellently at turning the core vision for the game into a reality. Available on desktop and mobile, Rise of Olympus looks set to be another smash hit from the developer.