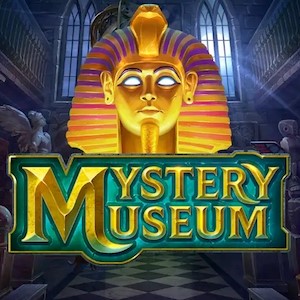 iGaming developers Push Gaming explained that they had a simple goal when creating their latest slot; Mystery Museum. Namely; to offer players the chance to jump inside a time machine that allowed them to explore a bounty of ancient artefacts.

A quick glance at Mystery Museum confirms that this goal has indeed been achieved, with the slot being nothing short of an outstanding experience. The screen is cluttered with more mind bending, eye catching objects than can be quickly processed, each object from a different time period, and representing a different era in history.

It is a wonderfully opulent theme, demonstrating that Push Gaming can produce slots experiences that rival the best. The game went live on August 27th, 2020 and has quickly gained attention from enthusiast players.

A Feast For The Eyes

Players could literally spend time combing over Mystery Museum, trying to identify each real-world item, and looking up where exactly in history it comes from. From shields that depict the glowing green face off Medusa, to priceless gold coins, to stunning vases, and much more. Even the background, beyond the grid, is peppered with a seemingly endless paraphernalia. All in all, as far as visuals go, the developers have hit it out the park.

But does the gameplay reflect the same amount of effort that can be seen in the graphics?

At its core the slot is 5 reels, 3 rows, and 10 fixed paylines. Combinations can form in a variety of lengths, with 3 of kind being the least valuable, and 5 of a kind paying out significantly more. Gameplay features include Mystery Stacks, Wilds, and the usual Scatters. But, interestingly enough, the Mystery Stacks are more than meets the eye. They are both sticky and progressive, meaning that even a standard spin of the reels could pay out massively.

The big draw card of Mystery Museum is the Power Gamble feature. This means that, after each big win, the player has the option to either collect the full amount, or collect a reduced amount, and receive an additional set of Bonus features. It adds a layer of excitement that isn’t commonly seen in slots.

James Marshall, CEO of Push Gaming, shared a few thoughts on the game. He explained that his company is better known for quality of quantity, and that Mystery Museum was a perfect demonstration of that motto.

The slot saw an initial release at Mr Green Casino, where it was an instant success. It has now been made available to the wider online and mobile market.