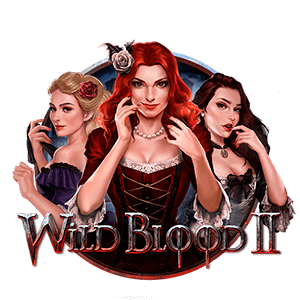 Swedish games giant Play’n GO is off to a fantastic start as far as 2020 is concerned. The leading slots developer is already on release number 3 for the year, having now launched a brand-new vampire-themed slots sequel to its smash hit Wild Blood. Wild Blood II is released hot on the heels of the developer’s Greyhound racing-themed release, which saw the light very early on in the year, on January 9th.

Play’n GO appears fully committed to sticking to last year’s promise of intending to release a record-number of casino games in 2020. Judging by the fact that the first month of the year isn’t even out and already 3 new slots have been released into the ether by the award-winning developer, its safe to assume that its well on track to make good on its promise.

The Familiar And The New

The new casino game may be a sequel to the initial Wild Blood release, but it does mark a significant upgrade in terms of the layout and features. For one, the initial 2013 release featured a 5x3 grid and 15 paylines, whereas Wild Blood II comes kitted out with a 6x4 reel-set and an astonishing 4,096 ways to win.

The slot is rated as medium volatility and elaborates massively on the initial theme. All of the old favourites have made it into the latest release too, including Count Dracula and his band of the undead, Laura, Rebecca and Margaret. Dracula and his three undead brides represent the highest-paying symbols on the reels, with the bloodthirsty count appearing in full-sized glory on the last reel.

Lower-paying themed symbols in Wild Blood II include a human skull doubling up as a night-light with a burning candle, a silver knife protruding into the image of a fellow-vampire, and a blood vial, which also happens to double up as the slot’s scatter symbol.

The blood vial scatter is instrumental in triggering the slot’s two free spins bonus games. Vampire Bat Re-Spin and Bloodlust Free Spins both present players with some pretty amazing win potential. The slot furthermore features an impressive top jackpot of 5,000x the player’s total bet and presents with a 96.19% RTP.

According to Play’n GO CEO Johan Tornqvist, it was important to the developer to not only allow players to revisit the popular theme present in the first Wild Blood release, but also to ensure that the sequel would not merely be a repeat of the initial casino game. Said Tornqvist, the contemporary design gives players something new to look forward to.