Ontario Single Sportsbetting Off To A Great Start 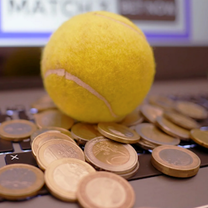 While Canadian citizens have been allowed to legally bet on parlays for many years now, the same has not been true for wagering on single events. The historic passing of Bill C-218 in June 2021 changed this fact, and Ontario single sportsbetting, along with that in several other states, is now legal. It is now as easy and lawful to wager on events like The Super Bowl as it is to play real money games at the licensed, regulated online casinos Canada has to offer.

David Pridmore, Chief Digital and Strategy Officer at the Ontario Lottery and Gaming Corporation recently commented. He said that bettors from this province have been anticipating a premier option allowing them to place wagers and that is precisely what OLG has subsequently delivered with PROLINE+.

Pridmore described the product as a competitive, exciting one that the public is already taking full advantage of when it comes to Ontario single sportsbetting.

The early returns are in, and they are very promising. As of August 27th, Canada officially launched its single-game sports wagering market and it has now gone live in Manitoba, Quebec, British Columbia, and Ontario. As with online casinos Canada players have access to, the demand for this service is already in place.

Last week the OLG announced that it has handled more than CA$1 million in just the first five days of legalized sports betting on single-game events. This company is in charge of the PROLINE+ bookmaker, the very first platform providing the new service in this province.

74% of the bets placed at PROLINE+ since the legislature passed have been of the Ontario single sportsbetting variety. There are an additional 24 sportsbooks catering to Ontarians offering single-event sports bets. The province has also made public its plans to open the iGaming market to private operators soon and FanDuel and DraftKings, reputable platforms with an established history online, have indicated their interest in catering to the new sector.

Ontario remains the only province in Canada with plans to extend an invitation to privately-owned bookmakers to the new market.

With a population of almost 15 million people, the potential revenue for Ontario single sportsbetting is staggering. As the market develops, the province will definitely see huge benefits from the high tax returns associated with this pastime. It’s a good time for sports bettors in Canada as the massive market begins to evolve with competing platforms emerging.

The National Football League kicks off on Thursday the 16th of September, just in time for wagers to be placed on the games. Four teams, the Buffalo Bills, Cleveland Browns, Detroit Lions, and Seattle Seahawks will be playing in arenas located within 100 miles of the Canadian/US border.