NFL Does A 360 Turn On Betting Sponsorships 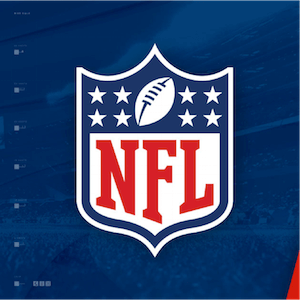 It’s definitely true that money talks. Just ask the NFL. For many years, the National Football League boldly stated its absolute and undiluted disdain in even the possibility of sports betting being legalised in the US. And now that it’s become the status quo what with PASPA having been abolished by the US Supreme Court early in 2018, the NFL appears to have done a full 360 in its previously unwavering opinion on the matter.

But that’s just the way the money cookie crumbles; we’ve seen the same type of behaviour in many industries; the NFL’s going back on what it once considered to be a matter of principal is nothing new.

New and innovative ways to fully capitalise on the ruling soon emerged, and not just in the ranks of the NFL. The National Basketball Association (NBA) and Major League Baseball (MLB), both former haters of professional bets, are even going as far as pushing for integrity fees.

Integrity fees ensure that a slice of the sales-pie for every sports bet wagered, will be re-routed back to the relevant pro-league. According to leagues, this money will then be put to use to ensure that the integrity of that particular sport is conserved. The vehicle with which to practically achieve this is the implementation of progressive monitoring systems. These may not come cheap, and they certainly don’t, but one cannot help but wonder how the rest of the pie will be utilised.

In the NFL’s defence, they are indeed taking more of a silent stance of support than the NBA and MLB. The NFL now allows its teams to accept sponsorships from gambling companies, sports betting brands, and the like. In addition, the NFL does not allow for any specific sportsbook to be punted by the teams, but this is a small price to pay when considering that sportsbook-sponsors are permitted to use the teams’ official logos when advertising and marketing to the general public.

Joining In Is The Only Option

The Arena Football League (AFL) as well as the Alliance of American Football have both confirmed that they are currently involved in sponsorship discussions with prominent casino sportsbooks.

At the end of the day, what they say; whoever they may be; rings true: if you can’t beat them…join ‘em!