Ontario In Favour Of Sports Betting 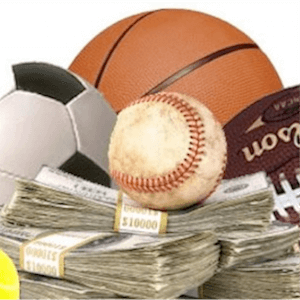 Whenever anything worthy of news happens to go down, it’s almost certainly going down in Ontario. Canada’s largest province is once again proving why it’s also the country’s most successful. Ontario Finance Minister Vic Fedeli recently took the first step forward towards reclaiming the citizens of Canada’s right to choose whether or not they want to bet on single-game sports events.

Fedeli did this by way of a written petition and plea in favour of the legalisation of sports betting, and to the same extent as what this has been done in the neighbouring United States.

At present, only a single sports bet offering exists legally in the province. Bettors are able to place parlay bets, but limited to a three-game maximum tally of bets, via Ontario’s provincial Lottery’s Pro-Line bookie product, if a bookie product it can even be called at that.

Fedeli addressed a number of issues in his letter of appeal to the powers that be. One of the most prominent challenges, ironically as direct result of the legalisation of sports betting in the US, is the prevailing situation just on the other side of the South-border. There, sports betting is enjoying a right high-time royal heyday, which in itself, is obviously quite beyond reprieve. Having a good time isn’t a crime, after all.

The problem lies with the fact that thousands of Canadians are making their way into the US, especially on weekends, to enjoy their weekly wagering activities. Local restaurants, small eateries, movie houses and the like situated near the border on the Canadian side, are feeling the full force of the brunt of the burden.

And that’s not even touching on the fact that the estimated tax contributions missed out on annually; money that could be put to excellent use in the creation of jobs, social upliftment and the alleviation of various forms of struggling; amounts to a whopping $110 million in revenue.

Bets Will Be Played Regardless

Surprisingly enough, major pro-sports leagues such as the NBA and Major League Soccer, are in full support of the complete legalisation of Canada’s sports betting market. NHL Commissioner Gary Bettman perhaps said it best when he expressed the view that regulation is in the best interest of the NHL’s betting landscape.

And a betting landscape there is and always will be. The only difference being where the revenue ends up at the end of the day, and at what costs to those forced to place bets under the cover of darkness.