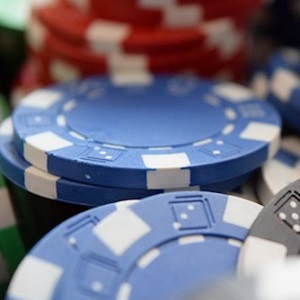 It seems as if it won’t be long before Ontario has officially made online casinos a reality. A recent report has revealed that the Ontario provincial government has been pushing ahead with a regulatory system for iGaming. A regulatory system that will, when implemented, make online gambling legal across the entire province.

In response to the report, the Canadian Gaming Association (CGA) has expressed satisfaction. The CGA, a non-profit organisation, has been extremely vocal about the need for local online casino regulations for some time. Representatives have stressed on many occasions that the iGaming situation in the province is in drastic need of real regulations, stating that the Alcohol and Gaming Commission of Ontario should never have overlooked the incredible, unlockable potential of the industry.

A CGA spokesperson elaborated, explaining that laws focused on iGaming are about more than just providing a level playing field. The spokesperson stressed that, first and foremost, the primary concern was about providing a safe and secure environment for Ontarians. Official laws will create confidence in the online casino world, the spokesperson pointed out, which in turn will stimulate a vast, extremely lucrative sector that has yet to be fully explored.

According to CGA research, once regulations have been implemented, the economic potential is enormous. The research suggests that new tax revenue streams will become available, which in turn will stimulate economic growth across the board. Additionally, the organisation has hinted that Ontario’s skilled workforce, plus recent local investments in technology, will be extremely appealing to international online casino operators.

In other words, as far as the non-profit organisation is concerned, regulations are the doorway to enormous, much needed local growth.

CGA president Paul Burns shared a few additional thoughts. He first did not beat around the bush by stressing that Ontario, like the rest of the world, had been hit hard by the world health crisis. But, he stressed, it was now all about recovery, and how best to get the economy back on track.

Opening up the iGaming sector could be just the answer that the province had been looking for, he continued, though was quick to point out that only operators that were licensed, and qualified, would be allowed to participate in the province’s economy.

Burns finished by stating that, as far as he was concerned, the new regulatory system would also be of great benefit to local land based casino operations, who would now be allowed to diversify, and provide their own online casino options to players.