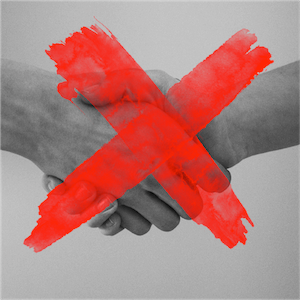 The word on the street is that Paddy Power Betfair is believed to have held in-depth discussions with Canadian-based The Stars Group about the possibility of a merger. According to some reports, these meetings were held towards the end of last year.

The UK’s gambling market is one of the most challenging in the world. There is red tape to be found around every corner, and the controversy surrounding fixed odds betting terminals is only bound to get worse as time progresses. Many operators have become sceptical about the future of a sustainable gambling and betting industry in the country, and this may well have promoted the talks between the UK and Canadian brands.

Prominent media page The Sunday Times has however now reported that no agreement has been settled on, and that as a result, the discussions have come to an end. It isn’t clear whether the challenges proved to pose too much of an uphill battle, or whether the two operators plan to resume talks at a later stage.

If the two market players were to combine their efforts into one, their combined worth would be an estimated £9.7 billion. Both operators completed mergers with other entities in 2018. Paddy Power Betfair merged with daily fantasy sports experts FanDuel in July of last year, and in the same month, The Stars Group acquired Sky Bet for a cool $4.7 billion.

Brexit To Boot Too

The volatility of the UK market may have had much to do with the plug having been pulled on the discussions between Paddy Power Betfair and The Stars Group. Besides the FOBT problem, there is also Brexit, and a brace for impact may very well be in order.

Theresa May has been a tough cookie to crack, and a hard Brexit now seems inevitable. Operators will no doubt hang back for a while and wait to see how the mass exit from the European Union will play out for the industry at large, before making any future-altering decisions.

29 March as been identified as Day Zero and the general industry consensus is that this will change the entire economic landscape in the country, of which the gambling industry forms an integral part.