Pragmatic Play Pairs Up with PokerStars 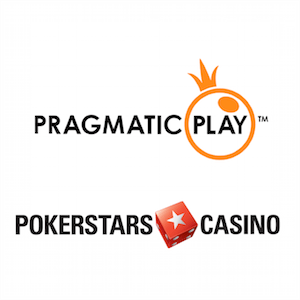 Pragmatic Play, world-renowned as a game provider for innovative video slots, has signed off on a deal with Canadian-based brand PokerStars Casino. The partnership will allow the casino’s players to enjoy the developer’s catalogue of first-rate games, including recent releases like Da Vinci’s Treasure™, Madame Destiny™, and Peking Luck™, along with player favourites like Wolf Gold™.

Yossi Barzely, Pragmatic Play’s Chief Business Development Officer, stated that this commercial arrangement is one of the most notable in his company’s history. He added that they were delighted to have secured the contract with one of the biggest businesses in the iGaming industry, and that the worldwide reach that the Stars brand enjoys will see players from all over the world now being able to have fun with Pragmatic Play’s great games.

He went on to say that his game development platform strives to consistently create engaging, entertaining content that players enjoy, and that they are very excited about partnering with PokerStars Casino. He finished off by saying that the goal was to produce brand new content for the site.

A Season of Rapid Expansion

This year has seen Pragmatic Play enjoying serious growth, evidenced by their partnership with a number of Europe’s biggest operators. After the recent acquisition of Extreme Live Gaming, they also made a foray into the live casino vertical in order to strengthen their product portfolio of Bingo, Scratchcards, Video slots, and other games.

PokerStars Casino has quickly become one of the world’s most popular gambling sites, and its enormous player base enjoys a range of excellent entertainment. The fun is available directly from their desktop client, as well as on tablets and mobiles using iOS and Android.

They have proven their commitment to the integrity of their games and their guarantee of funds protection. Their Stars Rewards is one of the iGaming industry’s first cross-vertical rewards systems, and it allows for players to seamlessly transition between all of the brand’s verticals.

What Pragmatic Play Brings to the Table

As one of the leading providers of real money games for the online gambling industry, this developer is known for its evocative, engaging content. They have authored 80 proven slots games, are able to support a total of 26 languages, and all of the major currencies are accepted. With a mantra of dedication and innovation, they’ve more than made their mark in the world of online gambling.