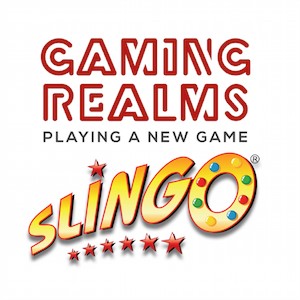 iGaming software developer Gaming Realms has set its sights on continued US industry expansion and development of its portfolio of Slingo games. The change of pace for the firm has come about as it is busy redistributing its 2018 annual results and updating its business outlook for its future operations.

Due to a challenging regulatory layout in the UK, Gaming Realms sold off its affiliate marketing business and a part of its B2C real money operations, with River iGaming agreeing to buy the remaining shares in the latter earlier this year. Gaming Realms has stressed that is current focus is now on development and licensing of its games to third party and social gaming brands.

Pennsylvania License in the Works

Continuing on its streak of success in New Jersey – a state in which its games constitute around 3.5% of total slots sales – Gaming Realms is also currently applying for a new license to operate in Pennsylvania. Furthermore, the company is also on the lookout for direct business opportunities elsewhere outside of the UK in a bid to distribute its games even further.

Providing additional insight into its future plans, the company has also praised recent deals inked with Scientific Games and Relax Gaming for its continued growth. The agreements gave the developer access to around 280 new major customers worldwide, with Scientific providing around 200 new clients and the rest belonging to Relax’s portfolio of Nordic partners.

CEO of Gaming Realms Patrick Southon explained that his company began its licensing operations back in 2017 as part of its strategy to completely capitalize on the strength of its game development sector. In a period of just 24 months, he says, his firm has developed, launched and licensed 34 brand-new games through prestigious partners like 888 and GVC.

As a result of this growth and the imminent completion of the sale of his firm’s outstanding B2C shares, Southon added, the company now looks forward to focusing wholly on boosting the cadence of its licensing delivery and games development as more B2B partners launch their titles. The success that the firm has had to date in licensing Slingo content (aided by its deal with Scientific Games) shows a clear market opportunity to grow revenue and profitability on a global scale, the CEO believes.