The Future Of Charging Devices 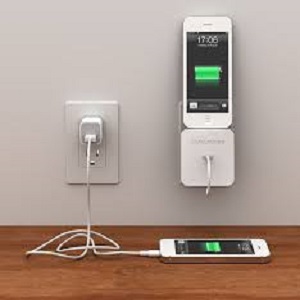 This may sound a bit Science Fiction, but soon you may well be using your own body as a source of power for your mobile phone or tablet. It looks like the future of charging will use either your own body movements or body heat to provide much needed power to you device.

Although we have some great eco-friendly options already available, like solar powered chargers, having a charging option that does not require electricity will make a huge difference. The nightmare of searching for a plug to charge your phone, whether locally or when travelling abroad, could be a thing of the past. You will never have to stop playing online casino games simply because you have run out of battery life.

Many years ago Strela released a watch that was worn by the first men in space. This watch had no battery and was powered by body movement. When the wearers walked, their arm swung back and forth and the watch stored the kinetic energy and converted it to power the hands on the watch.

Fast forward 50 years, and we have now created a need for on the go access to power with the proliferation of mobile gadgets. Yes the portable charger has made life much easier – but that too can easily run out of charge. So, using your own body as a never-ending source of power makes a lot of sense.

Scientists have recognised the need for alternative power source, and are currently developing and testing ways to source energy from body movement. A gadget called a triboelectric nanogenerator is a recent invention from China, and this super thin tab harnesses movement to create and store energy. This gadget is made out of two thin layers of gold and polydimethylsiloxane, which is used to make contact lenses. So far this invention does not generate enough power to charge a phone, but the potential for it to do so in the future is bright.

Currently there are a few kinetic chargers available, like the AMPY Move charger. This was a much hyped about kinetic charger on release, with the company promising a fully charged AMPY only from every day use. Reviews of the product are good for battery storage, but not great when it comes to the kinetic power generating side. Another brand nPower PEG has very similar issues, as the kinetic charging abilities are just not up to scratch yet.

With the invention of the triboelectric nanogenerator from the Chinese, we can expect some improvement in kinetic power generators in the future.

Another area of interest for scientists for creating a charge is body heat. Thermoelectric generation seems to be the more obvious choice when creating and storing power, as many people are not that active in a day. Many 9 to 5 workers would only spend a maximum of an hour a day in motion at a gym or walking, whereas body heat is maintained throughout the day – making it the more consistent source to mine for power.

Thermoelectric power works by registering the difference in temperature, and is then used to create a charge. A study at the University of North Carolina State University has created a device that could register this charge and create power, and this device was embedded in clothing. The challenges found with this source of power are that only small amounts of power can be generated and stored as yet. The microwatts generated so far will not even power a Fitbit, never mind a phone, so further development and research is needed.

On the flip side of low powered heat charges is low powered electronics, which engineers are now trying to create. These electronics would require less power than current electronics, and the focus is on creating devices without batteries to power them. The current battery loses power when it is stored.

Another invention by North Carolina State University is a simple body heat powered wristband, and a patch placed on the patient’s chest that monitors simple indicators of patients in a hospital. This kind of patch would monitor heart and respiratory rate as well as movements of the patient, and could well make its way into other realms in different usage scenarios in the future too.

The way we charge our phones looks set to change soon, and may also give us more inclination to stay active, which in an age where sedentary lifestyles are more common is a double bonus.