The Stars Group Acquisitions Pay Off in Q3 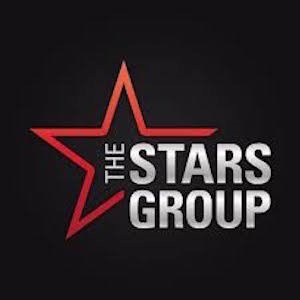 The Stars Group is enjoying a boost in revenue thanks to the acquisition of Sky Betting and Gaming in the UK, and several Australian online brands.

The increase in revenue is because of new acquisition contributions rather than the growth of The Stars Group core offering, online Poker.

The company has declared a 73.6% revenue increase in its Q3 report released on the 7th of November.

Its coffers received an additional $220 million from its new acquisitions, a 7% organic increase and 12% adjusted earnings increase. However, the core market Poker experienced only a 0.3% increase, which was nullified by instability in the exchange rates. The company stated that the decline is due to it vacating the Australian online Poker scene and that its players have been enjoying the many other offerings in the company’s portfolio.

Sports betting surged by 80% thanks to the World Cup and the expansion of TSG into new markets such as New Jersey.

A 1.7-point drop in the UK resulted in an overall decrease in adjusted earnings of 31.4% and a 2.8 point drop in Australia led to an adjusted loss of approximately $4.8 million US.

What the CEO Had to Say

The company’s CEO, Rafi Ashkenanzi, shared that as small as a 1-point drop costs the company in excess of $25 million US. He also stated that since the acquisitions, the company is processing at least $2 billion in bets quarterly.

Rafi Ashkenazi has declared this quarter transformative overall and a step closer to the company’s strategy to become the number 1 iGaming destination. The acquisition of Sky Betting and Gaming has propelled the company to market leader in the UK, it also launched the BetEasy umbrella brand in Australia and sports betting in New Jerseys newly regulated market.

With its entry into so many new geographical markets, the company will be experiencing a whirlwind of regulation changes as each territory introduces changes for 2019. The company estimated that dealing with new regulations could affect its bottom line by as much as $80 million. Most notably the new tax laws in the UK will contribute almost 50% to this amount.

To control gambling addiction and protect vulnerable players the UK will implement a decrease in FOBT maximum stakes. This will result in millions of pounds disappearing from the government budget. To make up for the upcoming shortfall the UK is implementing a higher tax on other gambling activity revenue.