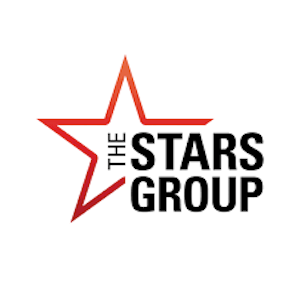 The Stars Group has announced a revenue of US$735 million for the first quarter of 2020. The revenue, made between January and March of this year, sets a company record for the international online casino and online Poker operator. It shows a 27% year on year increase from 2019 when the company generated US$580 million for the same period.

The US$12 billion all-share acquisition deal is expected to close in the second quarter if all goes according to plan with the shareholder meeting. The two casino companies brought in a combined total revenue of US$4.7 billion in 2018. It is estimated that the deal will see the combined company reach 100 markets and some four million active users, creating the biggest online betting and casino group in the world.

The Stars Group came from a history of being a Poker operator to know owning a diverse portfolio with multiple gaming offers. Their most successful channels include FOX Bet, Sky Bet, Full Tilt, BetEasy and PokerStars, the world’s biggest online Poker site. Along with holding gambling licenses in 24 countries, they also operate horse race betting in 30 states.

Expanding into the United States

The deal and increase revenue announcement come as both company’s look to expand their footprint in the United States, pursuing further opportunities in the country. This on the back of the 2018 repeal of the federal ban on sports betting which was first introduced in 1992. The Supreme Court's decision to repeal the ban now allows each state to make a decision on whether or not they will allow legalised sports betting within their specific area.

When the deal is cemented, Flutter Entertainment’s current CEO, Peter Jackson, will take on the role of CEO for the entire casino group, while the Stars Group’s CEO Rafi Ashkenazi will step into the role of COO for the company.