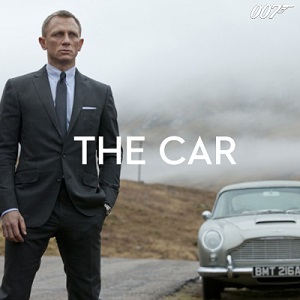 James Bond is cool, no one is going to try and deny that. He speaks with a fancy accent, fiddles around with gadgets, and magically always wins when gambling. Plus, of course, he gets to drive around in some of the coolest cars the world has ever seen. If anything, you could watch the James Bond films and catalogue the coolest cars from the last two decades whilst still enjoying great storylines and learning more about super stylish spy gadgetry.

So everyone can agree that Bond is cool, but few can agree on which cars in Bond films are the coolest. Worry not, though, as this list will finally put those endless debates to rest. Here are the top five coolest cars in James Bond films.

The Spy Who Loved Me was a smash hit when it first hit cinemas in 1977. Featuring Roger Moore as Bond, the film once again sent the super spy into danger, and saw him coming out on top. It was the car, however, that really stole the show.

The Lotus Esprit S1 was a car that looked and felt way ahead of it’s time, so much so that many hardly believed it was real. It was, however, even when it happened to be travelling underwater in one mind-boggling scene. Yes, the Lotus Esprit really did turn into a submarine, and travel underwater for the film. Incredible what would be done for a film back in the 70s, and astonishing the amount of work that must have gone into making a car/submarine for one scene in a movie.

Goldfinger is argued by many to be the best bond film, and Sean Connery often pegged as the best James Bond in history. So it only makes sense that the Aston Martin DB5 is also said to be the best Bond car. Though, second on this list, but only because the car never turned into a submarine.

Either way, the Aston Martin DB5 is a stunning motor vehicle, easily managing to look breath taking in design, fifty years later. Many would still likely give their left arm to own such a vehicle, but would likely need to give far more, given what the luxury cars cost these days.

Casino Royale in 2006 saw Bond take on a new look, new style, and ultimately once again receive widespread attention. The Bond baton was handed over to Daniel Craig, who injected life into the old character, even as he went about trying to save the world in a poker tournament; so still very much a Bond film.

The car in question was the Aston Martin DBS V12. One of the more modern Aston Martin designs, but still an Aston Martin, and so suitable for a super spy to drive around in. Interestingly enough, the colour of the car in the film is officially referred to as ‘Casino Royale’ conjuring up images of a slot machine or table game that Bond would love to play.

Another Aston Martin, and another new Bond, The Living Daylights introduced Bond fans to Timothy Dalton and the V8 Voltage Volante. Although changing little visually in comparison to other Aston Martin designs, the car still manages to take one’s breath away. Dalton, however, got a lukewarm reception.

Last on the list, but certainly still a favourite, is the Ford Mustang Mach 1. The movie featured one of the most action packed car chases in film, up until that point, and Ford wanted in on some of the Bond action. The car was a success, and everyone still loved Sean Connery.