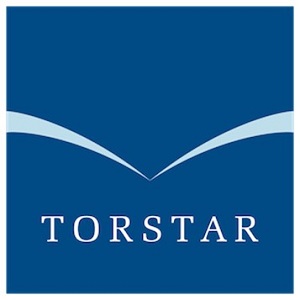 It is certainly a time of unexpected change for Torstar, the Canadian company that owns the respected Toronto Star, Hamilton Spectator, and other local newspapers. In a recent announcement the organisation said that it would be opening a Canadian casino online. The proceeds from the venture, chief corporate development officer Corey Goodman declared, will be used to fund journalism.

As unexpected as the move is, it isn’t the first unusual occurrence surrounding Torstar in recent months. It wasn’t long ago that the company was purchased by investment firm Nordstar. The purchase officially marked the first time since 1892 that the journalistic corporation would not be controlled by descendants of the original founders. More interesting still is that shareholders voted to greenlight a $60 million deal, despite a last minute better offer from an alternate interested party.

Soon after the purchase, plans for a Canadian casino online were announced.

Looking closer at the situation, it is clear that Torstar, prior to the purchase, was stuck in a financial downward spiral. Despite being firmly committed to the advancement of progressive causes, including civil liberties and worker protections, the print focused business was seeing a dramatic fall in ad revenue.

So, with iGaming being a rapidly expanding local industry, it seems that a diversification of revenue model was found. In this case, a Canadian casino online, as well as a parcel delivery service that was launched in November 2020. Co-owner Paul Rivett explained; the branching out into the online gambling sector and other services would be key to supporting and growing quality journalism.

As it stands, data indicates that Ontarian residents spend roughly $500 million annually on iGaming. However, the vast majority of this revenue is being distributed to grey market sites, most of which are based outside the country. Hence, unless steps are taken to bring players back to locally run sites, the revenue is doing little to help stimulate the local Ontario economy.

Not Everyone Is Happy

Torstar’s Canadian casino online strategy is an interesting one, but not everyone is comfortable about the situation. Tom Muench, a Richmond Hill city councillor, was not shy about vocalising his doubts.

He stated plainly that media outlets are essential in a healthy democracy, and that any outlet should be reliant on outside business was a concern. He concluded by pointing out that had a casino opened up in Ontario just months ago, Torstar journalists may well have written concerned stories about it, given the publications previous reputation for covering gambling related stories.