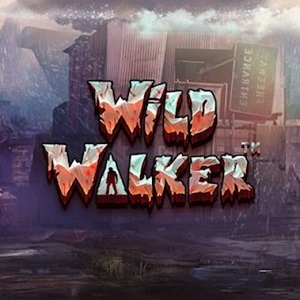 True horror is rare in the world of slots, but respected iGaming developers Pragmatic Play have delivered in this otherwise neglected genre. The studio’s latest creation, Wild Walker, is nothing short of a fright fest, embracing the world of zombies in a big way. Make no mistake, however, the walking dead in this game are not to be taken lightly, and certainly aren’t for the squeamish.

A look at the slot’s reels may even have some backing out immediately, with a half-decomposed monstrosity occupying a large portion of the reels. Complete with dangling entrails and a snarling mouth, there are few who could face down such a horror. At least in the real world.

Though, interestingly enough, this titular Wild Walker also happens to be the key to some pretty big payouts, even if it is the stuff of nightmares.

Wild Walker uses an Expanding Reel system, immediately putting into yet another special genre of slots, as far as gameplay is concerned. Every game starts with a 5 reel and 3 row grid, but with the potential to expand to 8 reels and 3 rows. The Expanding Reels are backed by 25 paylines, and a 96.55% RTP.

Interestingly enough, the game also guarantees that at least one Wild Walker symbol will land on the reels during every spin. But it turns out that the zombie nightmare is, in fact, an entire reel of Wilds, which should already be sparking major interest from slots enthusiasts.

The biggest payouts in the game are found in the special feature bonus rounds, and if it isn’t already obvious, this means a virtual horde of walking dead. But who knew that flesh eating monsters could also mean payouts galore?

Shrewdly in line with the title’s theme, a Free Spins round simulates a full out invasion. Once Free Spins are triggered, numerous features come into play. As testimony to Pragmatic Play, the experience is not only a terrifying one, but also one that almost guarantees mammoth payouts.

As Free Spins play out, Bonus Symbols are gathered. As the symbols are gathered, new reels are unlocked. But, more Wild Walker symbols are also added to the reels, each of which is sticky, and remains in place. This creates not only a visual experience that could reduce even the bravest player to trembling shivers, but is also a payout bonanza that is nothing short of dazzling.

Wild Walker is a slot that is only for the brave, but is also a top notch creation by a talented design team.