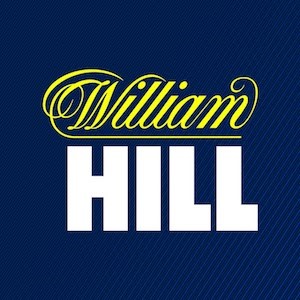 United Kingdom-based William Hill is undergoing what can only be called an unprecedented level of expansion, with the corporation seemingly set on all but dominating the sports betting and casino industry. It was announced that William Hill has finalised a full acquisition of CG Technology, an American based rival that was long thought to be a United States equivalent.

But it has now been confirmed that CG Technology is to be fully absorbed into the United States based subsidiary of the UK company, officially declaring the rivalry over. But it won’t technically mean the end of the American rival, but rather a new home for it within the belly of its British owners.

Even still, the acquisition means an enormous leap forward for the United Kingdom behemoth, with multiple extremely lucrative land based locations now falling under its umbrella.

According to a report published, William Hill US closed the deal by handing over an undisclosed amount of cash. Though chances are it was a rather lofty number, especially given what was acquired with the purchase. As of now, six high profile venues officially belong to the British mega-corporation, including some especially impressive locations in Las Vegas. This includes a sportsbook shop in The Venetian Las Vegas casino, a venue rated as amongst the most luxurious in Sin City.

Some of the other properties purchased are located in other Nevada casinos, including the Silverton Las Vegas, Palms Casino Resort, Tropicana Las Vegas, and The Cosmopolitan Of Las Vegas.

This massive acquisition in itself is enough to declare William Hill a force to be reckoned with, but this, apparently, is just the beginning. Chief executive officer for the corporation, Joe Asher, shared a few plans for the future.

No Stopping The Tsunami

Asher said that it is possible that his corporation will take over all sports betting and iGaming casino operations from Caesars Entertainment Incorporated, a sector that is estimated to generate around $700 million annually.

In his own words, Asher stated plainly that William Hill has long lacked a presence in Las Vegas. But now, he elaborated, with the first bold steps finally taken, Vegas had been breached in a meaningful way.

Where it goes from here remains to be seen. But it certainly seems like a new era is dawning in the famous Nevada Jewel Of the Desert.